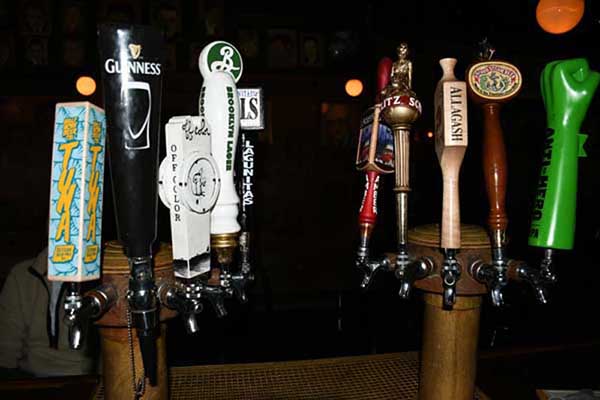 The Old Town Ale House was established in 1958 by a penurious entrepreneur named E.J. Vangelder. He got the idea for the bar from a San Francisco saloon called Vesuvios which was located in North Beach. Vangelder was good at building bars and hiring bartenders. He was bad at customer relations and eventually sold the bar to a poor slob name Joe Diaz. Diaz immediately ran the bar into the ground and sold it in 1970 to a bizarre group of Rush Street eccentrics, one of whom was my friend, Art Klug. No sooner did the new owners take over the Ale House than it caught fire. Enlisting about forty brawny (and not so brawny) drinking pals they carried the old bar out of what was left of the original Ale House and into the middle of North Avenue and then through the door of what used to be Pete’s Butcher Shop. Thus was born the current Ale House. Partners came and went, each one nuttier than the previous one. Art Klug was the only one that didn’t sell. Eventually his ex-wife Beatrice bought all existing shares and took over the bar with Arthur.

The bar struggled for a while. The neighborhood went through a series of changes. In the 80’s it was not uncommon to see a group of blue collar men drinking after work, a few hours later a bunch of white kids from Second City, which is across the Street, and by closing it would be a hodge podge of jazz musicians, bartenders, waitresses and bus boys along with some serious alcoholics. 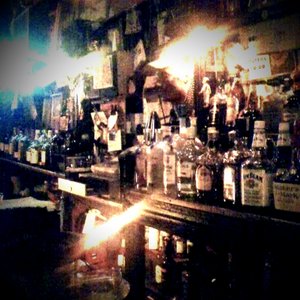 As the neighborhood became gentrified the clientele changed too. It’s an older crowd now, more affluent, with a lot of students from Second City mixed in. The Ale House Juke box has always had a lot to do with defining the clientele. Beatrice Klug had traveled a year with the Rolling Stones and as a result wouldn’t allow rock and roll on the juke box. Lots of jazz and blues which reflected the type of musicians that hung out in the bar. A night bartender is the juke box czar and has very eclectic taste. The original Ale House only played classical music and Tim always keeps a classical CD or two on the box. One of the biggest plusses of the juke box is that punks hate the music and don’t come in often.

Tobin Mitchell took over the bar in 2005 when both Art and Bea Klug died unexpectedly during the same year. Tobin cleaned the place up and also decided to extend the famous Ale House wall mural which was painted in 1971 by Maureen Munson. The mural contains the portraits of fifty or sixty old time customers. Years of nicotine have given it a sepia tone. Tobin said I should paint the current regulars and hang the pictures wherever space allowed. Soon every nook and cranny had a picture of a present or former regular.

In 2008 immediately after the Republican Convention in which Sarah Palin was made the Vice Presidential nominee, I went down to my studio in the basement of the bar and did a painting of Palin naked, holding an assault rifle while standing on a polar bear rug with harlot red high heels on. In the background through a window you can see a beautiful lake and then mountains. I put the painting up as a joke for the regulars but in less than twenty four hours it had gone viral on the internet and then Drudge posted our address as the first item on his Report and we started receiving death threats. The next day all of the major TV networks came in and I was interviewed by over a hundred radio stations. Thus was born the political porn paintings which adorn the wall above the bar. We have a bare assed Governor Blago called “Cavity Search”, naked Michelle Bachman holding a tea bag called “Tea Bag Me”, Romney in his Magic Mormon Underwear, Newt banging Collista with his other wives watching, and many many more.

We also have a celebrity wall where I did portraits of all the famous and not so famous Second City stars that used to come in. There is no question that the Old Town Ale House is the premiere dive bar in the world.